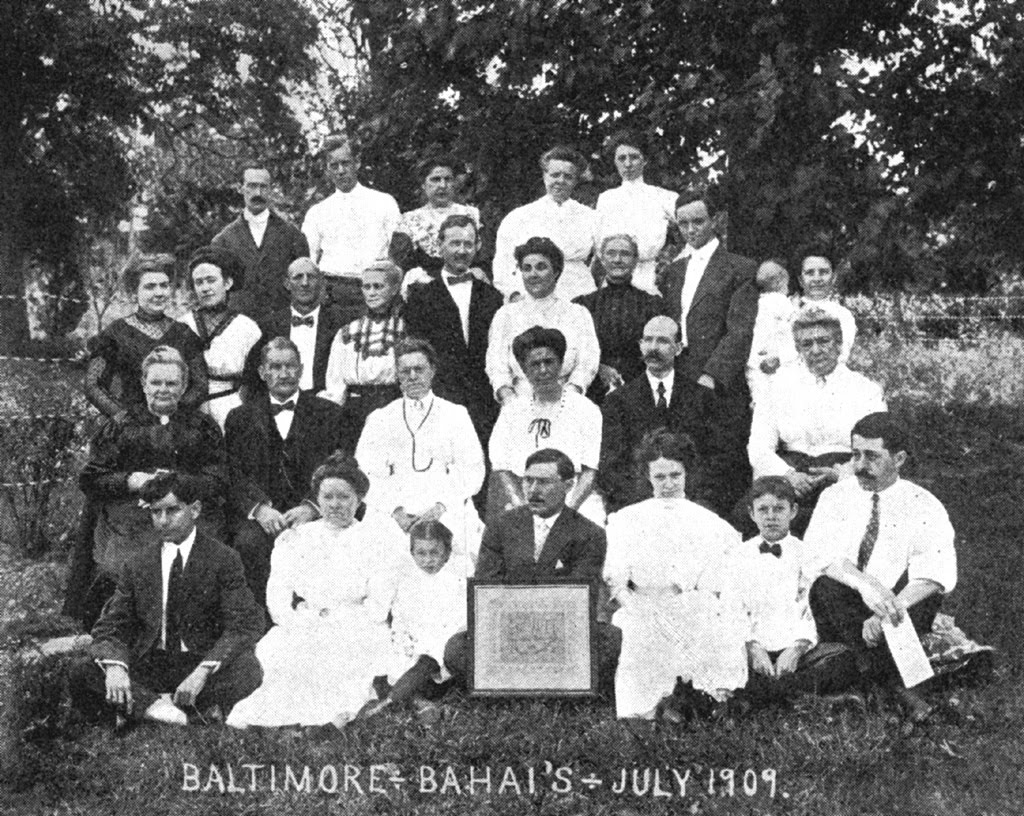 History of the Baltimore City Community

The Baltimore City Baha’i Community originally consisted of Baltimore City and Baltimore County. Much like its sister communities of Washington, DC and Philadelphia, PA; they all have   shared ties to Charlotte Brittingham Dixon. Mrs. Dixon became a Baha’i in Chicago in 1897. She had many relatives on the east coast with whom she shared her new found faith. Her sister, Evaline Dixon, was a resident of Baltimore. By 1898 the community was beginning to grow. Some of the new members of the community found the faith in New York and other places but lived in Baltimore.

The fledgling community was in contact with ‘Abdu’l-Baha frequently and he was aware of their circumstances. He encouraged Baha’i teachers to visit Baltimore from Washington. In 1909 “Abdu’l-Baha asked local believer Howard Struven and a Washington Baha’i to travel the world to teach the Faith.

During his historic visit to the United States in 1912, the community eagerly awaited the visit of ’Abdu’l-Baha to Baltimore. The community was happy to be able to see him on November 11th. Although he was only in Baltimore for 4 hours he made quite an impact on the community. He spoke at the First Unitarian church and later had lunch at the home of Howard Struven.

Baltimore formed its first Assembly in 1909 and arranged for children’s classes. The community also began participating in the national community attending conventions and raising funds for the Temple that would be built in Wilmette, IL. When new guidance was received from the National Spiritual Assembly, the Assembly was elected in accordance. The Assembly was incorporated in 1945 in order to be able to own property located in the Gwynn Oak neighborhood.

The community has continued to grow. Later in 1970, Baltimore County formed its first Assembly separate from Baltimore City. Subsequently, Baltimore County would again change, separating into the areas known today as Baltimore Co. Central, Baltimore Co West and Baltimore County North. Together with Baltimore City and Harford County, they form the Baltimore Area Cluster.  As all the communities continue to grow, they are focused on sharing the Faith with others through neighborhood children’s classes, spiritual empowerment groups for middle-schoolers, study circles, and devotional gatherings open to all, as well as individual initiatives and collaboration with like-minded groups. 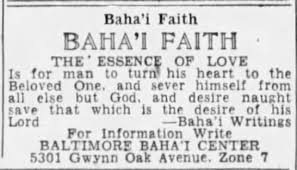