New Film Gives Voice to Communities Around The World 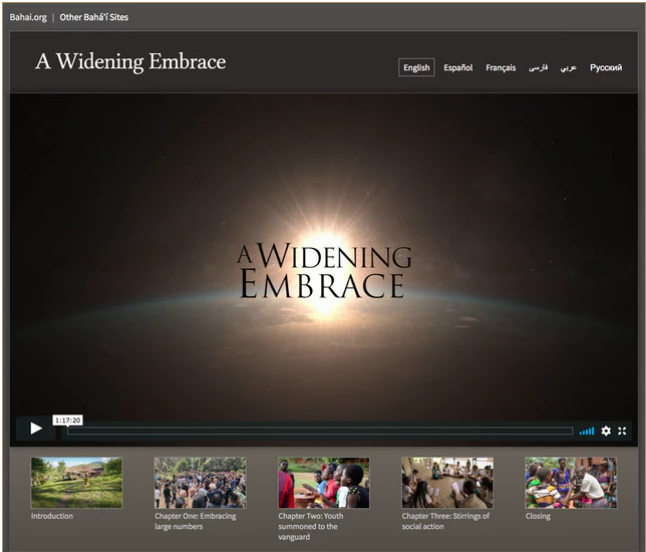 New film gives voice to communities around the world

BAHA’I WORLD CENTRE — An innovative new documentary film about the community-building efforts of the Baha’i world, as seen through the eyes of local populations, was released today on Bahai.org.

A Widening Embrace has been produced through a creative, grassroots process in which teams of often young people have documented the efforts of their own communities around the world to effect social change.